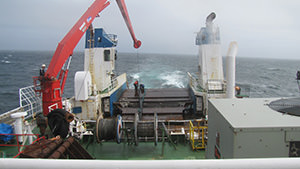 TFC conducted an efficiency analysis of four offshore factory freezer vessels engaged in two bivalve fisheries and owned by the same corporation. Over the course of 60 days at sea, TFC unobtrusively observed and quantified the vessels conduct their harvesting and processing practices. Using these data, efficiencies in operational procedures and to methods minimize product loss were identified. In addition, these practices were compared between vessels and crews to promote consistency within the fleet.

TFC also assessed the onshore support network including purchasing and receiving, offloading and crew changes. Following consultations with various company representatives and data collection at-sea, recommendations were made to the client to increase efficiencies both at-sea and onshore. TFC estimated that over $2 million in operating costs could be saved annually if all the recommendations were implemented. 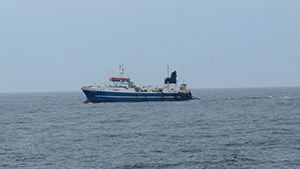 In 2012, TFC conducted an appraisal of the offshore fishing licenses and allocations held by Clearwater Seafoods Inc. In order to complete the appraisal, the resource status and market outlook for each targeted species was reviewed. TFC met with senior management to understand Clearwater's competitive advantages as well as other factors that would influence the values of the allocations. In addition, TFC conducted an analysis of the income generated from each license and inventoried the investments Clearwater had initiated to improve operational efficiencies and marketing. Using these data, TFC determined the value of the company's holdings and found it was four times Clearwater's estimate.

Standard and Poor’s and Moody’s reviewed TFC’s appraisal and, on the basis of its reliability, improved Clearwater’s credit rating. This allowed the company to refinance more than $200 million for annualized savings of $3.5 million. TFC's contribution was publicly announced in Clearwater’s 2012 annual report to stakeholders. 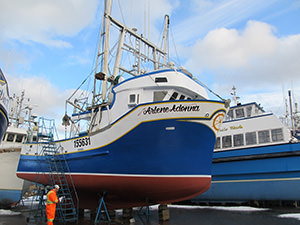 TFC regularly conducts energy efficiency assessments of fishing vessels or fleets for clients in the harvesting sector. These analyses are completed in conjunction with TriNav Marine Design and involve a technical examination of the fishing vessel as well as discussions with the vessel’s owner(s) and operators. A visual inspection is completed on each vessel that encompasses vessel maintenance, on-board electronics and deck layout. Data are also collected regarding vessel operational characteristics, gear types and deployment patterns, fuel usage, record keeping and vessel replacement expectations. The final report combines the results of the vessel audit and consultations to provide a complete overview of the current state of the vessel and energy consumption levels. Various recommendations to improve the operational and fuel efficiency of the vessel are provided. Where possible, the report outlines the cost to incorporate the recommendations and the expected time to recover these investments. To date, TFC has completed assessments of nearly 60 vessels and in most cases, energy savings of 10-20% were found. 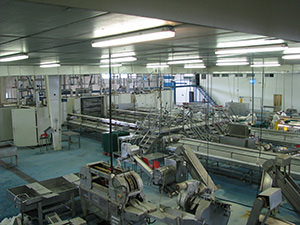 For clients in the seafood processing sector, TFC conducts processing equipment appraisals. These appraisals involve an on-site inventory of each item of equipment within the plant. The serial number and condition of each piece of equipment is recorded and photographs are taken. TFC then consults with the manufacturers of the equipment to determine the remaining life expectancy and its replacement value for an identical model (or the nearest equivalent). Using extensive industry experience, TFC also determines an “as-is” resale value for the equipment. The results of this research (and the photographs) are presented in a comprehensive report. TFC has also appraised aquaculture equipment using similar methods. 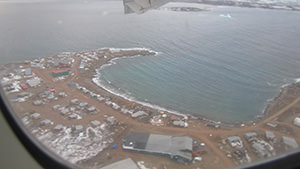 In a recently completed study, TFC examined the socio-economic advantages of establishing a fishing port in a Nunavut community to support the developing turbot fishery in NAFO divisions 0A and 0B. The study considered the current state of Nunavut’s fishing industry and the need for a commercial offloading centre in the territory. The lost economic benefits to Nunavut were calculated using the current operating and offloading costs for the industry at ports in Greenland and Newfoundland. Finally, the potential socio-economic benefits for the community as well as the fishing industry were determined for port sites recommended in a previous study. The analysis considered three scales of operation for the port and gave a general overview of potential alternative streams of revenue in related industries. The research was conducted using a combination of literature reviews, extensive consultation and economic modelling. 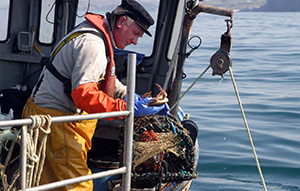 TFC provides ongoing fisheries and business support to a northern harvesting company. This support includes preparing proposals to secure funding, representation to Fisheries and Oceans Canada and other government organizations, development of position papers, etc. In order to meet this client’s varied and changing needs in a timely manner, TFC maintains a strong awareness of the status of the resource and markets of the species the client harvests, as well as the current political environment and industry mindset. To date, TFC has assisted this client secure over $3 million in funding.

A client in the aquaculture industry retained TFC to determine the feasibility of building a processing facility for cultured bivalves. In order to address this question, TFC examined the client’s existing and potential production capability based on lease opportunities in the area. In addition, the technical and financial feasibility of the plant was assessed using known procedures and costs from comparable plants. Several scenarios were developed and tested to determine the profitability and risks associated with each. A market analysis was also conducted to identify the potential for fresh and processed product forms. TFC identified the current major producers of mussels and their relative input to the global supply as well as the significant consumer markets. Using this information, TFC provided marketing recommendations. 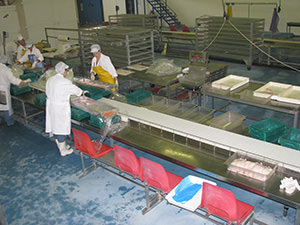 TFC conducted a strategic review of a northern processing plant to provide a five-year framework for operations. In order to accomplish this review, TFC assessed the current operating procedures and governance of the plant. Next, opportunities for harvesting, processing and marketing were explored and changes to the management structure were proposed. Financial analyses were conducted to quantify current operations and projected improvements. Finally the current operations were framed in terms of a SWOT (strengths, weaknesses, opportunities and threats) assessment to validate TFC’s recommendations.

For several years, TFC was responsible for securing a quantity of snow crab directly from harvesters that was offered in a single block to buyers and processors throughout the Maritime provinces and Québec. Using knowledge of current market conditions, TFC arranged a bidding process to increase the number of potential buyers. The marketing and subsequent bidding increased the shore prices for the committed block of crab up to $0.50/lb relative to surrounding fishing areas. This system often resulted in the remaining harvest also receiving higher than expected shore prices. Over the course of the multi-year project TFC was responsible for the marketing, offloading and transporting of approximately two million pounds of crab with a shore value of over $4.5 million. 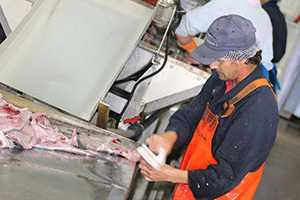 TFC completed a study in two phases examining the concept and structure of a First Nation seafood company. During the first phase, TFC examined business models of other vertically-integrated seafood organizations in the Atlantic region. Successful First Nation business models (in any industry) were also analysed to determine the factors that contributed to their success. Finally the current fishing capacity and ability to secure funding for the client was reviewed to assess the availability of resources for establishing the company. In phase two, TFC recommended the structure for the integrated seafood company. This included developing a strategic plan, marketing techniques and processing options. Funding options were explored and the corporate and shareholder structures were defined. The company was designed to provide maximum employment and returns from the fishery for the member First Nations.